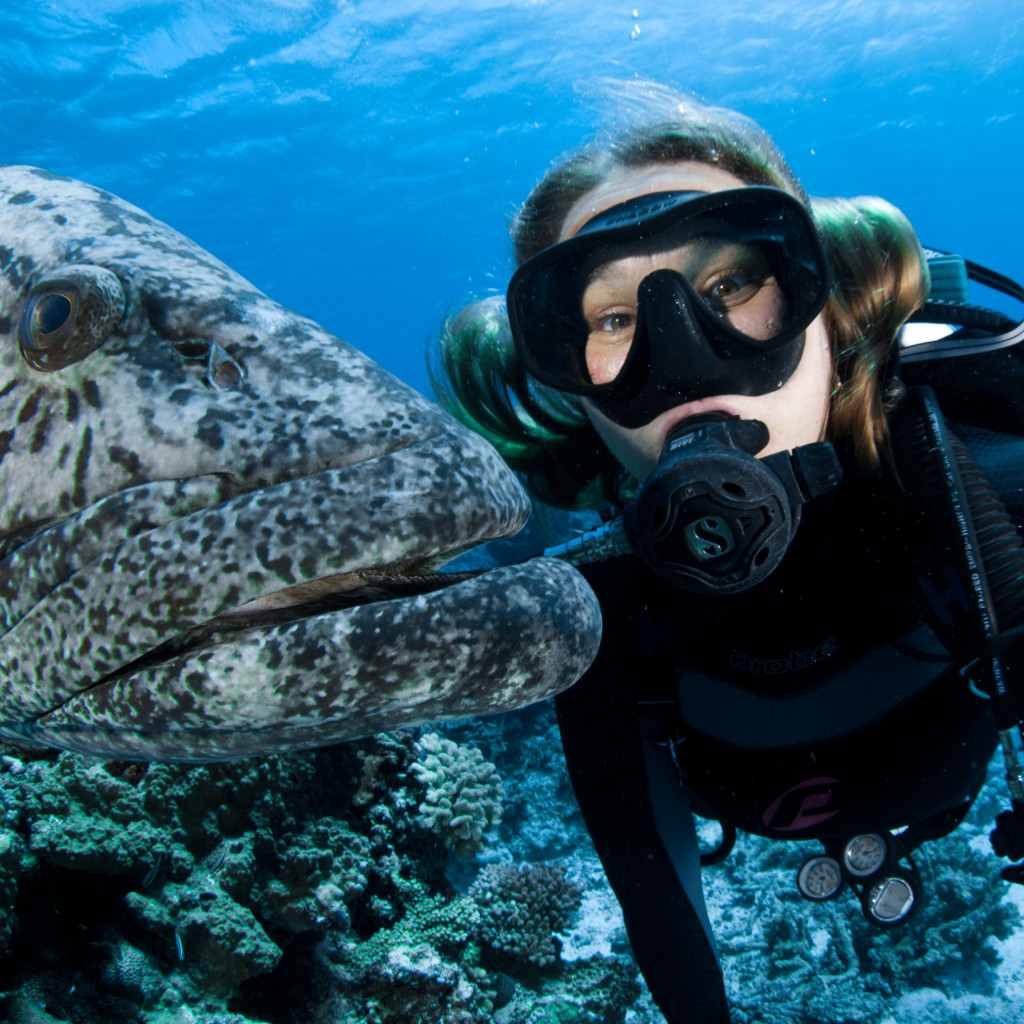 Julia has a vast knowledge of oceanic processes, maritime heritage and marine life in this region. Having grown up around the ocean and studied commercial photography, it has been a natural progression for Julia to work full time as an underwater videographer/photographer since 2002.

Her work as video/photo pro and dive instructor for PADI, SDI/TDI has taken her to some remote places of the world.

Adventure has taken her to some amazing places:
• 2009 & 2010 Ogasawara Islands, Japan, amongst the 1st group of people to witness and film sperm whales eating parts of a giant squid (viewing available on request). Footage has been used in 4 different natural history documentaries for BBC, Discovery Channel, National Geographic Channel and Channel 4 in UK
• 2010 13 & 16 Far Northern Sections of The Great Barrier Reef and Torres Straits, explored rarely visited reefs and significant shipwrecks such as RMS Quetta, HMAS Warrnambool , HMAS Pandora
• 2010 – Present date, conducted an on going video/photo survey of the changes of the shipwreck SS Yongala
• 2012 Marissa Sri Lanka, one of the first permits issued to film in water with blue whales
• 2007 – present day worked closely with Dwarf Minke whale Project, data collection and over 200 hours in water with whales
• 2017 – present day Silentworld Expedition and Australian National Maritime Museum to the Southern Coral Sea, Kenn Reef, where 17 anchors, 7 canons and one ships bell was discovered and published to National Geographic’s website
• 2017 - Bremer Canyon, Western Australia, photographing Orca and Sperm Whale populations, with Jon Shaw
• 2017 October – Visited the Pitcain Island group in the South Pacific and filmed/photographed The Bounty. Collected photographic digital data of artifacts of The Bounty for Silentworld Museum
• 2020 April – Collaborated with world renowned Kronos Quartet, resident contemporary string quartet for The Carnegie Hall, San Francisco with a piece of music from their “50 For The Future” composed by Iranian composer Aftab Davishi, short film “3000 Reefs” which was streamed as part of their film festival in June 2021
• 2020 April – Collaborated with musician J.P. Shilo and L.J. Spruyt Photographer, short film “Jubjoté “ of J.P. Shilo’s concert performance playing the grand organ in Melbourne Town Hall


As a dedication to keep on adding new ways of presenting ocean environments and shipwrecks in digital formats to the world, Julia has recently undertaken:

In January 2016 a short film/documentary “The Last Sea Treasure”, was made by Blue Bottle Films and The Australian Marine Conservation Society. About Julia Sumerling and Valerie Taylor and ongoing for conservation of The Coral Sea
Julia Sumerling believes that the Great Barrier Reef and Coral Sea has some of the best marine eco systems and shipwrecks in the world and much remains to be discovered. She wants to take that message to the world and help preserve it for future generations.