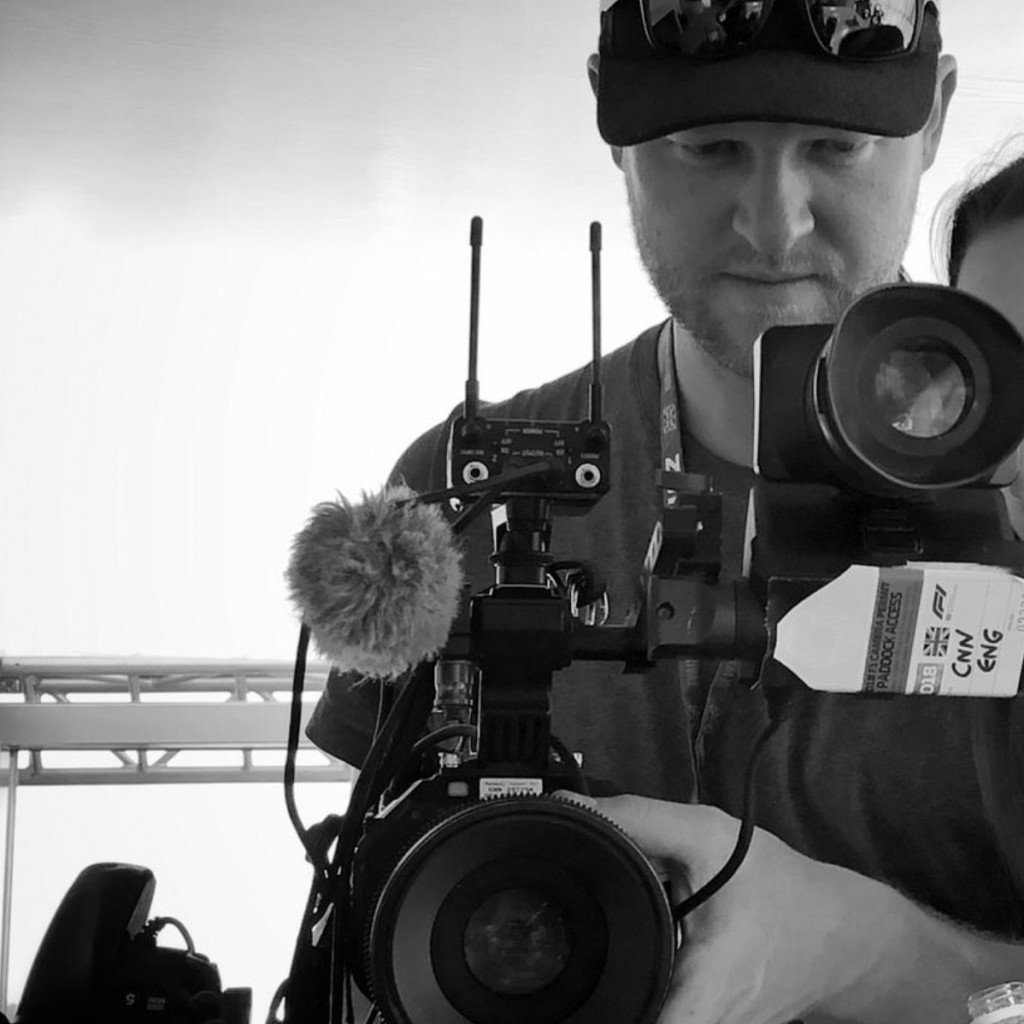 Whilst completing a Bachelor of Screen Production and Digital Media degree at Griffith University in Brisbane, Cameron began working with Dick Marks at The Australian Film Company as an art department assistant. Dick encouraged Cam to get his hands in the changing bags in his spare time and soon he was getting some work as a camera assistant. Cameron really felt encouraged that someone as well-known and successful as Dick, would take the time to sit down with him and discuss pathways to achieving his goals. It was these important lessons that really helped him understand the value of every single member on set.
After a chance meeting, Cameron’s path took a turn towards Live TV production. Working across all sorts of sports coverage including Golf, NRL, AFL, Soccer and Rugby he’d eventually land a shooting role on Big Brother. This was exciting stuff for a 20 year old! This led to more work on Animal Planet specials with Steve Irwin and shows like “ I’m a celebrity: Get me out of Here.”
In 2004 Chanel 10 news Brisbane offered Cameron a fulltime camera position. It was here that he’d spend the next 5 1/2 years, shooting News, Documentaries and children’s TV programs. Learning both shooting and editing from some amazing teachers. Learning from the highly experienced Shane Dyson and Glen Armstrong, really helped Cameron hone his lighting and shooting skills as well as the importance of having fun and being as good a person as he could be.
Armed with this new confidence , Cam moved to London in 2009 and began a working as a freelancer on a wide range of programs. Premier League Football shows and feature programs for CNN were dotted in amongst a steady flow of work on international news coverage for most of the Australian networks. Eventually, Cameron was offered a position as the London bureau cameraman for the ABC, working alongside some of Australia’s most experienced journalists including Philip Williams and Lisa Millar. He was thrown headfirst into some of the biggest news stories in the world - The Haiti earthquake, the Paris terror attacks, the Arab Spring, The Egyptian and Ukrainian revolutions to name a few. Aside from the relentless rolling news coverage, Cameron regularly filmed programs such as 7:30, Foreign Correspondent and Australian Story.
It was during this time that he became a member of the ACS and began entering his work for critiquing, finding success with a number of different news and current affairs entries in the QLD and National awards. In 2015, his entry “Ukraine Uprising” won the national Gold tripod award in the Current Affairs category and in 2016, Cameron’s piece “Life in Longyearbyen” took home the national Award of Distinction in the International News category.
2016 saw a change of pace for Cam and he joined the feature programs department of CNN International in London where he still currently works. He shoots and edits a wide range of feature programs for the network covering everything from Sports to Fashion to Tech and Environmental issues. In 2020, one of his projects. “Inventing Tomorrow: Tech in a Time of Pandemic” was awarded the Best Factual Feature award at the Content Asia Awards and has been shortlisted for an AIB award.